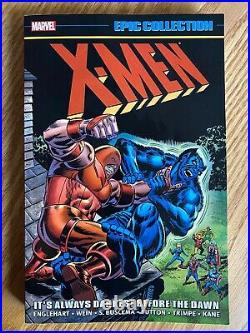 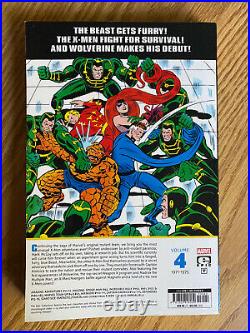 Very Good Condition With Some Shelf Wear. Continuing the saga of Marvel's original mutant team, we bring you the most unusual X-Men adventures ever! Pushed undercover by anti-mutant paranoia, Hank McCoy sets off on his own, taking a research job. But his scientific curiosity will curse him forever when an experiment gone wrong turns him into a fanged, furry, blue Beast. Meanwhile, the other X-Men fi nd themselves pursued by a secret adversary that seeks to pick them off one by one.

Picture is actual item you will receive! Thanks Again For Looking & Good Luck!

This item is in the category "Collectibles\Comic Books & Memorabilia\Comics\Comics & Graphic Novels". The seller is "charrific" and is located in this country: US. This item can be shipped to United States.