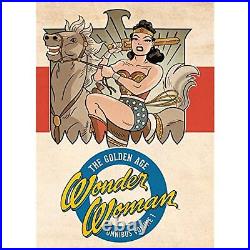 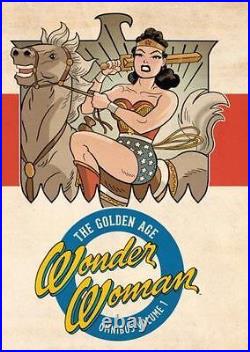 Wonder Woman: The Golden Age Omnibus Vol. Product Description Wonder Woman, arguably the best-known female superhero in the world, and star of her own monthly comics, was introduced in the early 1940s in these quirky tales written by the inventor of the lie detector, psychologist William Moulton Marston. In these stories, Wonder Woman travels from Paradise Island to Man's World, where she serves as an emissary of peace, using her bracelets and lasso of truth to stop injustice. These stories introduce the mythology of Wonder Woman as she battles the powers of evil--from crooked business owners to Nazi spies.

Collects ALL STAR COMICS #8, SENSATION COMICS #1-24 and WONDER WOMAN #1-7. About the Author A noted psychologist and the man who perfected the testing system for the lie detector, William Moulton Marston was hired in 1941 as an advisor to All-American Comics publisher M. Gaines after he wrote an article praising the educational potential of comic books in the magazine The Family Circle. In December 1941, Wonder Woman's first adventure appeared in ALL STAR COMICS #8, written by Marston under the pen name Charles Moulton. For four years Marston wrote nearly all his creation's adventures, including both comic books and a syndicated newspaper strip.