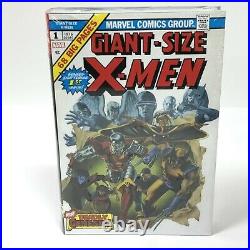 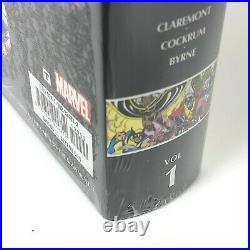 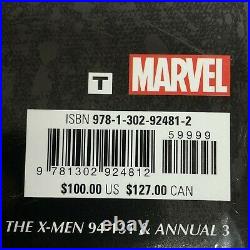 Uncanny X-Men Omnibus Vol 1 Watson Cover DM New Marvel HC Hardcover Sealed. When a young writer named Chris Claremont relaunched the X-Men in 1975, few fans could predict the incredible impact he would have on the series. With a flair for realistic dialogue, heartfelt storylines and hard-hitting action, Claremonts writing breathed life into the characters. In collaboration with artists Dave Cockrum and John Byrne, Claremont crafted a run still heralded as the definitive era of the title.

Now, relive the debut of the all-new X-Men, including Storm, Colossus, Nightcrawler and Wolverine! Thrill to their battles against Krakoa, Magneto, Sauron, Proteus and many more and witness Marvel Girls transformation into Phoenix! More than just another super-hero title, the X-Mens struggle against prejudice and intolerance has resonated in the hearts of millions of devoted readers for decades.

Collecting GIANT-SIZE X-MEN #1, X-MEN (1963) #94-131, X-MEN ANNUAL (1970) #3. We have just bought out a warehouse of Hard Backs and Trade Paper Backs, so please see our other auctions for more great deals on comics this week. Powered by SixBit's eCommerce Solution. This item is in the category "Collectibles\Comic Books & Memorabilia\Comics\Comics & Graphic Novels". The seller is "dheader" and is located in this country: US. This item can be shipped to United States.