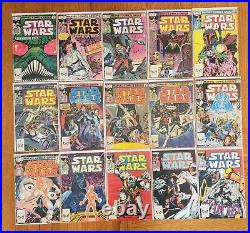 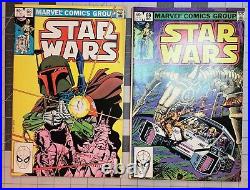 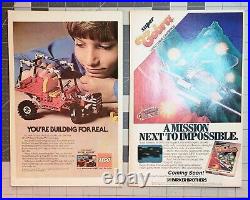 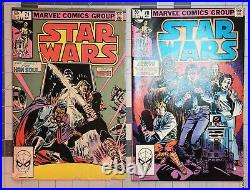 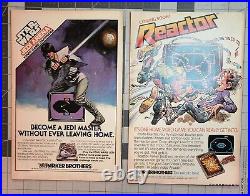 [May 2021 - Dengar rumored to appear in Andor]. 1st appearance of a Mythosaur, skeletal remains only. The Mythosaur is a figure in Mandalorian mythology that is used in much of thier symbolism including the tusked-skull logo. Issue included the'Tattooz' giveaway bound between the front cover and first page.

1st appearance of Dani, a master thief and member of the Rik Duel gang. 1st appearance of Rik Duel, a smuggler. 1st full appearance of Bossk, a bounty hunter. Please see pictures to make your own opinion. If you need more pictures, send me a message on which details you are looking for.