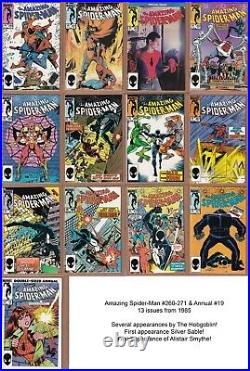 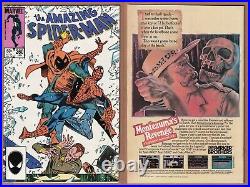 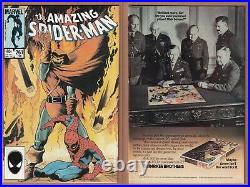 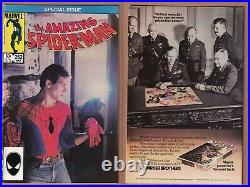 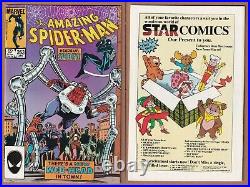 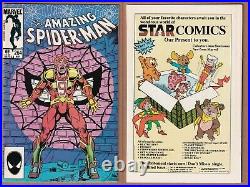 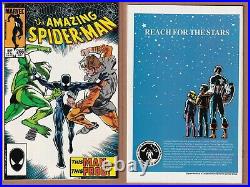 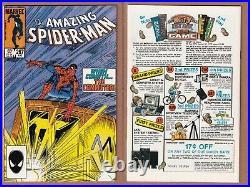 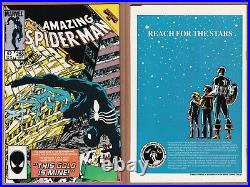 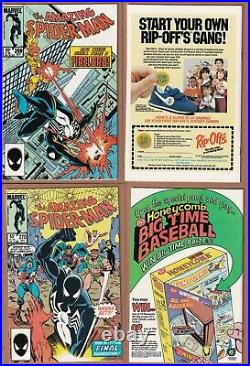 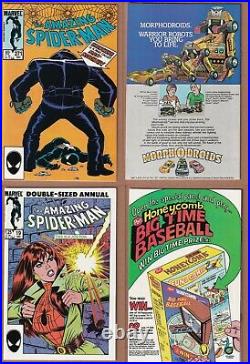 Thank you for your interest in this listing! You are purchasing the item in the title and described below in "About the comic". Pictures on the listing are of the actual issues (not stock images).

First appearance of Normie Osborn! First appearance of Alistair Smythe! Peter David's 2nd & 3rd Spider-Man stories (his first was June 1985's Spectacular Spider-Man #103, Amazing Spider-Man #266 and #267 were July 1985 and August 1985). The majority of books in this listing are assessed at (9.0 - Very Fine/Near Mint). Here is summary of the Overstreet guidance on a 9.0 book.

Nearly perfect with outstanding eye appeal. Bindery Defects: A limited number of minor defects are allowed. Cover/Exterior: Almost flat with almost imperceptible wear. Inks are bright with slightly diminished reflectivity. An 1/8 bend is allowed if color is not broken.

No soiling, staining, or other discoloration, except for very minor foxing. No spine roll or split allowed. Staples: Staples may show some discoloration. Only slightest staple tears are allowed; very minor accumulation of stress lines.

Paper/Interior: Paper is cream to off-white and supple. No hint of acidity in the odor of newsprint. Very minor interior tears may be present. Art by Ron Frenz and Joe Rubinstein.

Cover by William Johnson and Klaus Janson. Ron Frenz and Joe Rubinstein. Minor miswrap of cover (bindery defect). There is a crease in the upper right corner (1/4 angled top edge to right edge)- this crease is throughout the issue front-to-back cover. It has not broken the color (and would likely press out if slabbing the book).

Cover by Mark Bright and Kyle Baker. Cameo appearances by Human Torch and Matt Murdock. (likely) 3rd published story by Peter David! This cover can be paired with Web of Spider-Man #6 to form a complete frame of the gold-turned office building.

Peter has written several novels, including the Sir Apropos of Nothing series, Babylon 5 novelizations, many film adaptations, the Psi-Man series, the Modern Arthur series and the Photon series. Additionally, Peter has written dozens of Star Trek novels (Captain Sulo Adventues, Captain's Table, Deep Space Nine, Gateways, Starfleet Academy, New Frontier, The Next Generation and the original series). Peter has numerous award nominations and credits, including the Eisner Award, Wizard Fan Award, Haxtur Award, GLAAD Media Award, Cable Ace Award and Harvey Award. I have noted above the specific issue grading notes. These should be considered "reader" editions, ranging Good to Fine. Each issue is individually bagged and boarded (silver age size), placed between cardboard backers, and placed in a Gemini comic mailer. This is then mailed wrapped in a water/tear proof mailing envelope.

I use painters tape to better secure packaging. If you have any questions about the item, please ask!

Like it's not the item you expected or isn't the grade/condition you thought... Please contact me so I can fix the problem. Over time I've decided these should be enjoyed by other readers or collectors.

This item is in the category "Collectibles\Comic Books & Memorabilia\Comics\Comics & Graphic Novels". The seller is "thetesseractllc" and is located in this country: US. This item can be shipped to United States.