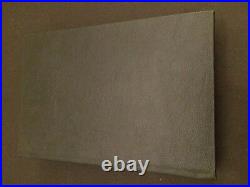 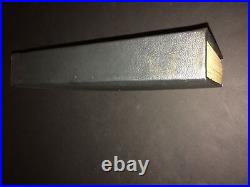 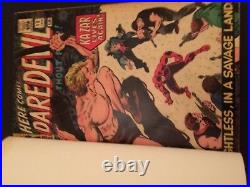 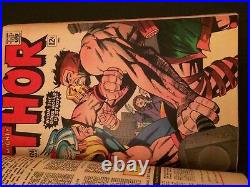 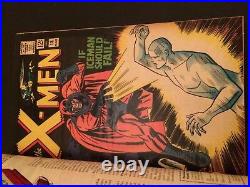 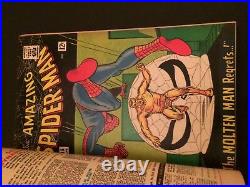 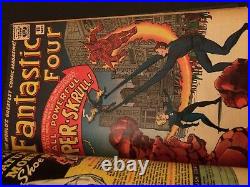 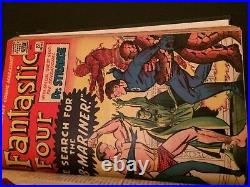 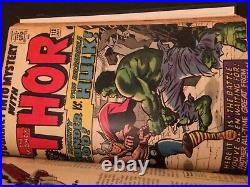 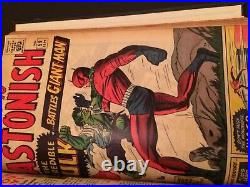 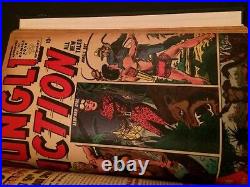 1 Bound Volume, please see photos. Included are an assortment of Marvel Silver Age Comic Books, Superhero books and some Westerns and a War. I believe the books were trimmed when bound. I have included as many photos of the best books as possible.

In order of presentation in the volume, with grades being my subjective opinion. Daredevil 12 Kazar VF-, sharp, with some browning to back cover, other very minor wear. Two Gun Kid 72 VF.

Daredevil 14 also sharp, with similiar browning to top of back cover due to moisture exposure, in the Fine range. Thor 126 1st issue, beautiful VF with same browning issue, otherwise in the NM range, as are most of the books so far. It appears that the browning issue is pervasive throughout all of the copies, but does not affect each the same. Tales of Suspense 52, 1st appearance of the Black Widow, Fine, has a cover crease, some browning to back cover, but it does not appear as if it were moisture related, but due to the other comics, it probably was.

Fantastic Four 18, Fine+, 1st Super-Skrull, similar condition to the others, beautiful cover almost flawless, some browning to back cover. Sgt Fury 7, same as others, VG/Fine, also some significant spotting to bottom of back cover. Fantastic Four 27 Fine, same general shape as others. Thor 112 classic Thor vs.

Hulk battle issue, VG/Fine, same general issues as others. Tales to Astonish 59 1st Hulk in comic, VG+, same general as others, a minor crease to top right of cover as well.

Ringo Kid #5 Good, large tear to front cover. In general the superhero books are very high grade copies but with some browning, the other comics exhibit creasing wear and also some browning. In general I have attempted with the grades I've given to indicate the extent to which the browning, probably due to moisture exposure, affects the comics, along with the other particular wear to the books.

This item is in the category "Collectibles\Comic Books & Memorabilia\Comics\Comics & Graphic Novels". The seller is "calico12" and is located in this country: US. This item can be shipped to United States, Canada.